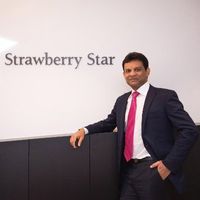 The private rental prices grew by 14.1 per cent in the last five years (Jan 2011-Dec 2016) in Great Britain, primarily driven by London, reveals the Index of private housing rental prices (IPHRP) released by the Office for National Statistics, UK.

The IPHRP underscores the importance of London as global property hotspot, especially for residential properties. London’s contribution to the growth of private housing rental prices in the last five years is 4.2 per cent. When London is excluded, private rental prices increased by 9.9% over the same period in Great Britain, the IPHRP established.

From Jan-Dec 2016, the private rental prices grew by 2.3 per cent in Great Britain while the corresponding figure for London is 2.4 per cent, which is higher than the national average. This once again highlights London as one of the top destinations preferred by tenants with international background, especially by global travellers and the business community.

If you are interested in acquiring a buy-to-let property for rental income in London, call Strawberry Star offices in London. We have several interesting investment options lined up for you.

IPHRP measures the change in price tenants face when renting residential property from private landlords, thereby allowing a comparison between the prices tenants are charged in the current month as opposed to the same month in the previous year 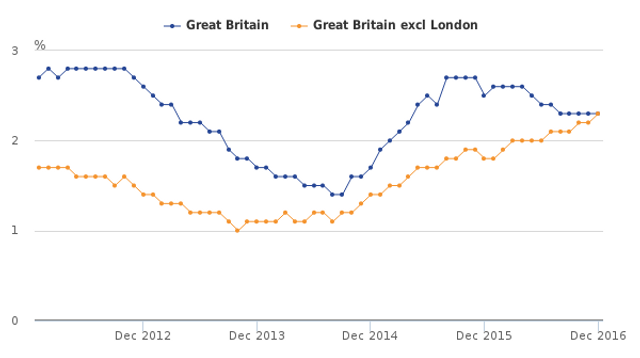