A record 151,687 new houses were registered in the UK during 2016, the second highest in the last one decade, said NHBC - the UK’s leading independent standard-setting body and provider of warranty and insurance for new homes.

The NHBC data revealed that 115,689 new homes registered were from the private sector. Affordable homes accounted for 35,998, a 5 per cent decrease over 2015. The new home completions in 2016 increased by a mere 1 per cent when compared to 2015. These findings indicate that while the affordable housing segment is under pressure, the private sector has been able to demonstrate consistent growth.

Seven out of the 12 regions in the UK saw an increase in registration of homes. Yorkshire & Humberside led the growth by 27 per cent, followed by South East (14 per cent), and North West (12 per cent).

As the leading warranty and insurance provider for new homes in the UK, NHBC's registration statistics are a lead indicator of the country's new homes market 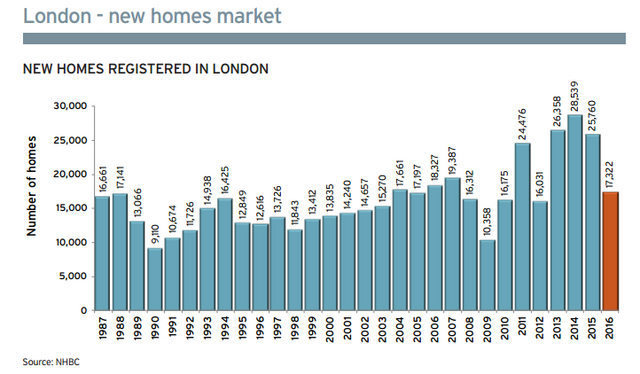