The number of new homes registered to be built in London was higher in 2017, the first year-on-year growth since 2014, according to data from NHBC.

New homes registered in London was 17,850 units in 2017 compared to 17,587 the previous year (2016), the first increase year-on-year in the capital since 2014. This is attributed to increased demand for houses in London and developers’ interest in improving their stock.

As the leading warranty and insurance provider for new homes in the UK, NHBC's registration statistics are a lead indicator of the UK’s new homes market.

In the UK, the total number of new home registrations increased by 6 per cent (160,606 new homes) over 2018. “160,606 homes were registered throughout the course of 2017, up from the 152,017 the previous year and the highest since the pre-recession levels of a decade ago,” NHBC said in its latest announcement.

The private sector grew by 3 per cent in 2017 with 118,825 new homes registered, with the affordable sector increasing by 14 per cent to 41,781 – the highest yearly total for the sector since NHBC electronic records began 30 years ago.

Commenting on the new home registrations statistics for 2017, NHBC Chief Executive Steve Wood said: "Our figures show the market has delivered strong growth resulting in the highest new home figures for a decade and growth across the majority of the UK, including London for the first time since 2014. 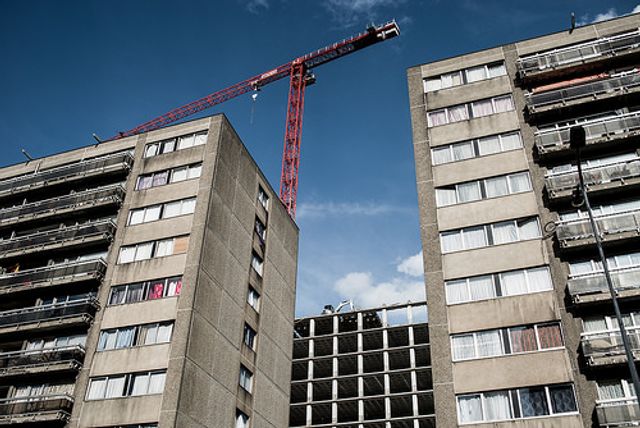 160,606 homes were registered throughout the course of 2017, up from the 152,017 the previous year and the highest since the pre-recession levels of a decade ago, latest NHBC statistics show. https://t.co/ztYUpzgfDD #construction #ThursdayThoughts pic.twitter.com/b5J880uPPR

UK new home registration figures in 2017 are the highest in a decade. 👍#Construction #Scaffolding
Via @NHBC
➡️https://t.co/PvXkIYfGSG pic.twitter.com/QZL0Qtn3gx