A record number of new homes were delivered in England in 2017-18, an increase of 2 per cent over 2016-17, according to latest Housing Statistics Release from Ministry of Housing, Communities & Local Government.

Annual housing supply in England amounted to 222,190 net additional dwellings in 2017-18. The net additions resulted from 195,290 new build homes, 29,720 gains from a change of use between non-domestic and residential, 4,550 from conversions between houses and flats and 680 other gains (caravans, houseboats etc.), offset by 8,050 demolitions.

This represents the highest level of new homes delivered across England in all but one of the last 31 years and brings the total number of additional homes delivered from 2010 to 1.3 million. However, this is still short of the government’s target of delivering 300,000 homes every year to overcome the housing crisis.

The figures demonstrate more desperately needed homes are being delivered - a vital step in ensuring the housing market works for everyone - and that we are on track to deliver 300,000 homes a year by the mid-2020s. 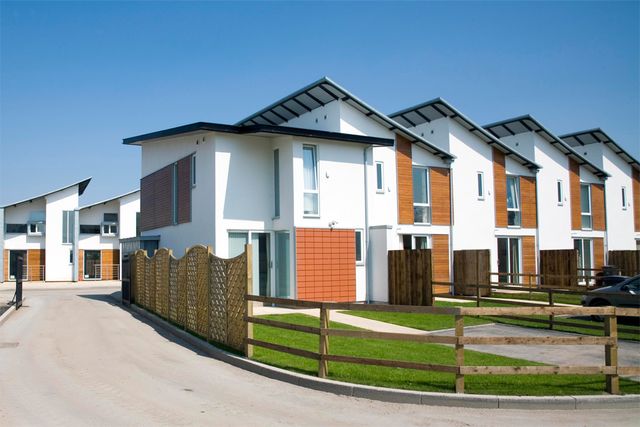