The UK mortgage market continued to demonstrate resilience despite a slowdown in the housing sector in view of Brexit and other economic conditions. During October 2019, as many as 65,922 residential mortgages were approved, according to latest Mortgage Monitor from e.surv, the UK’s largest residential chartered surveyors.

A key reason for the sustained performance is the low rates on offer at banks and building societies. Mortgage rates have fallen dramatically in recent months, with some high street brands now offering loans with interest rates close to 1 per cent, e.surv observed in its report.

Some lenders may be seeking to meet year-end targets for mortgages, with many offering cut-price deals in a bid to bring in new borrowers.

In the process, first-time buyers have been one of the primary beneficiaries of this battle between the banks. Some 29.2 per cent of all loans were to borrowers with small deposits this month – the market segment into which first-time buyers typically fall. This is further ahead of the 28.7 per cent recorded in September, and the 28.3 per cent recorded in August. The total number of small deposit borrowers this month was 19,249, higher than the 18,941 recorded in September 2019.

In the same time frame, there was also a rise in the proportion of loans approved to those with large deposits. This group of borrowers accounted for 28.8 per cent in October, much higher than the 27.9 per cent recorded in September. The movement in both small and large deposit borrowers meant that the mid-market was squeezed this month, falling from 43.4 per cent to 42.9 per cent.

Richard Sexton, Director at e.surv, comments: “It was the mid-market borrowers who saw their market share fall this month, as borrowers with both comparatively small and large deposits fuelled activity in the mortgage market.” 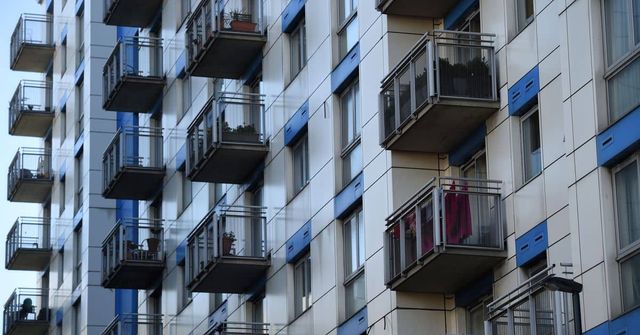