A major component of the post-war effort to address housing shortages in the UK was prefabricated housing. Such housing was originally built to last for up to 10 years. Over half a century later a significant percentage of these houses has survived: a testament to the durability and effectiveness of this construction method!

Given the envisaged (short) lifespan of these buildings, over time, prefabricated housing increasingly became considered an ugly, cheap, poor-quality option for builders. That is until contemporary builders, using modern methods, began to focus on sustainability, aesthetics & the higher end of the market.

Strawberry Star Group, a best-in-class provider of high-quality services across the entire spectrum of property investment, is pioneering the use of modular and prefabricated homes in the UK, reducing turn-around time & environmental impact whilst maintaining exceptional quality. Components of modular construction have been included in Lu2on, a multiple award-winning mixed-use development in Luton.

Second, the delivery of modular buildings - nearly fully articulated - enables significant efficiency improvements, thereby inducing large reductions in time to completion and cost. A 2019 McKinsey report estimates an increase in the speed of construction by as much as 50 per cent, with cost savings of up to 20 per cent relative to traditional construction methods. Modules are delivered up to 95 per cent complete including interior & partial exterior finishes, plumbing, electrical, windows & doors, kitchens and built-in furniture – then assembled on site.

Third, increasing adoption of both modern materials and digital technologies has enhanced the design capabilities, logistics proficiency, and manufacturing productivity of leading developers. This propagates greater energy efficiency, mitigates waste and elevates the sustainability agenda e.g. carbon footprint reductions. Other negative externalities from traditional construction (such as noise pollution, traffic, disruption etc) are reduced or, in some cases, avoided through the modular construction.

Whilst modular construction is by no means a panacea, it serves as a significant complement to traditional methods and a point of difference for sophisticated developers in servicing existing housing demand now & in the future.

Components of modular construction have been included in Strawberry Star's Lu2on, a multiple award-winning mixed-use development in Luton. 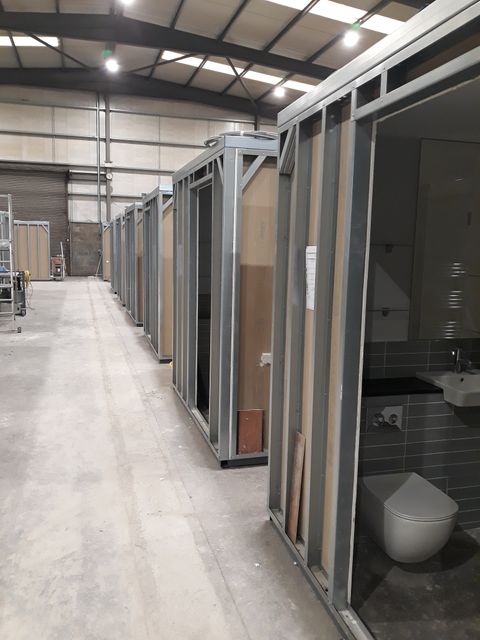