New build homes have a greater buyer pull in the UK residential property currently with new-build buyers willing to move 56 per cent further than those moving to a second-hand property, according to a new report from real estate advisor, Savills.

The report also found that most developments will draw 70 per cent of their buyers from within a 12-mile radius. In an additional Savills survey, which looked at changing priorities in light of the Covid-19 pandemic, the results showed that 17 per cent of the respondents expect to widen their search geographically to find their preferred property.

Some areas have a greater pull for new build homes, especially where a new development presents a compelling proposition compared to the local second-hand offering. For instance, in London boroughs such as Newham and Brent, new homes attract buyers from up to three-and-a-half times further than second-hand homes.

Both areas have seen transformative regeneration around the Olympic Village and Wembley – crucially the new build schemes offer something different to the local second-hand market in the quality of the product and access to new amenities.

Strawberry Star offers new-build apartments across multiple locations in London – Bronze in Wandsworth and Greenview Court in West London. Both developments offer apartments at different price ranges for buyers. Wandsworth and Southall in West London benefit from several regeneration initiatives and home buyers in both locations can expect an increase in capital gains and rental yield in the long-term.

Markets on the south coast, such as Eastbourne and Southampton see a greater pull for new build.  This may be driven by downsizers demand and this group is willing to move further 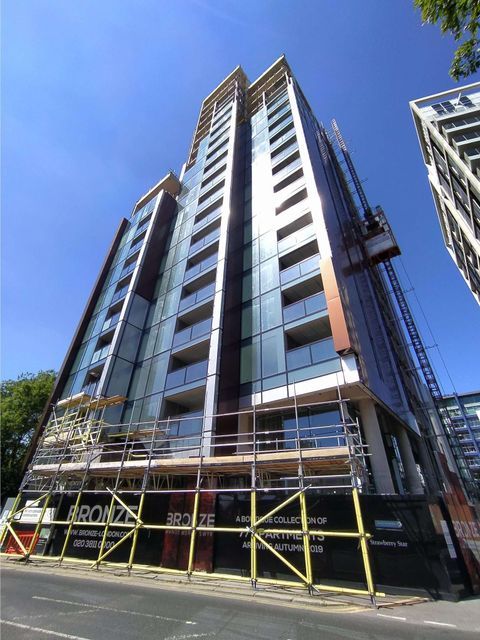