The house prices in the UK hit a record high in August because of the resurgence of the post-lockdown activities, including stamp duty reductions, low-interest rates and the significant release of pent-up demand generated by the cessation of market activity for just over a quarter.

Before the outbreak, house prices had been experiencing an uptick, as Brexit uncertainties were alleviated, and elections were completed yielding the ‘Boris Bounce’ in price rises after a long period of stagnation. One contention is that recent highs are simply a return to this pre-Covid-19 trend given surer footing the UK has now established politically.

Previous legislation had dampened investor enthusiasm, with measures such as Chancellor George Osbourne’s second homeownership tax hike in 2016. However, overseas buyers are increasingly being lured by the long-term stability of UK property, and the pound recently dropping to its lowest level against the dollar since 1985. Moreover, the UK Budget is due to impose an extra 2 per cent stamp duty on overseas property sales from April 2021 which has served to heighten foreign interest before this looming deadline.

Local buyers are exhibiting a strong desire to move to bigger properties. Buyer priorities have ostensibly shifted with higher priority being apportioned to outdoor space and greenery. In fact, the latest UK Residential Market Survey by the Royal Institution of Chartered Surveyors shows 83 per cent of respondents’ demand for homes with gardens increasing during the next two years.

As a result of all these trends, the average house prices reached record levels (£245,747) in August, according to the Halifax monthly house price report. This 5.2 per cent annual increase is the fastest we’ve seen since 2016. London prime property markets grew by the most in five years in August and set a new record for offers accepted in August - the highest monthly total in 20 years.

A surge in market activity has driven up house prices through the post-lockdown summer period, fuelled by the release of pent-up demand, a strong desire amongst some buyers to move to bigger properties, and of course the temporary cut to stamp duty: Halifax 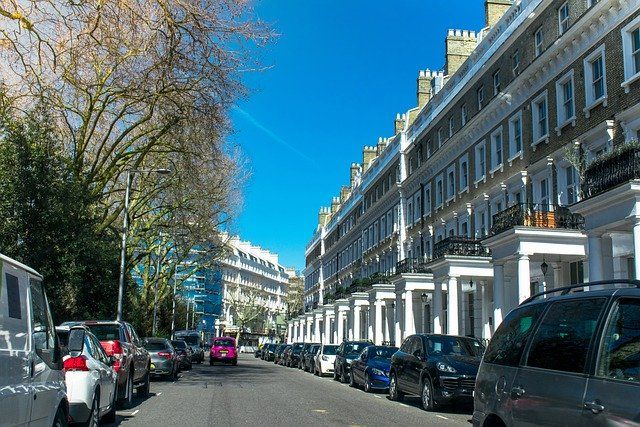 Home move on the rise in the UK, as moving costs plummet
Strawberry Star