After construction interruptions arising from the nationwide coronavirus lockdown, UK Build to Rent (BTR) construction is now back to being normal. The latest market update from Knight Frank reveals that 43,554 homes are under construction, with planning granted for a further 40,796 due to be delivered in the medium term. Investor interest in the sector has ballooned, with £2.7 billion invested in the year to date which is anticipated to peak at a record £4 billion by year’s end according to the HomeViews report.

After the experience of ongoing lockdowns, with freedom restricted in densely populated central neighbourhoods, tenants are increasingly preferring living arrangements which offer green space, quality amenities, and workspaces. According to proprietary research by Home-Made, such tenants are willing to forgo centrally located cramped living quarters in favour of new areas of the city. Using data from over 1600 renters in London, renter migration patterns were already shown to have been changing, with 50 per cent of renters open to completely new locations before Covid-19. This rose to a total of 64 per cent of renters relocating to a totally different area when moving into a new property post-lockdown. This is equivalent to a 28 per cent increase, reflecting a significant shift in tenant sentiment.

Investors recognising this shift are focusing capital deployment strategies on high potential strategic locations with strong fundamentals including excellent transport links, best-in-class service provision and quality developer pedigree. Locations such as Luton and Southall (Ealing) not only benefit from major regeneration plans upgrading local transport, retail, public spaces and schools; but are also marquee locations with developments near completion such as Lu2on and Greenview Court.

In August 2020 the property consultancy CBRE suggested that BTR would be the most resilient sector of the UK property industry in the coming years. Having tracked investment into the sector since 2015, its analysis noted that despite a moderate downturn rent collection rates remained high, with a return to growth expected in 2021 - outperforming other asset classes.

Key to this positive outlook is the crucial contribution BTR offers in resolving the chronic undersupply of housing in the UK. In June the Prime Minister announced a 'Rooseveltian New Deal' designed to rebuild Britain predicated on the mantra ‘Build Build Build'. Fiscal supports such as the furlough scheme, and the job support scheme to follow it, have underpinned tenant income and mitigated arrears with a 95.2 per cent average rent collection rate for institutional BTR schemes between March and August according to Knight Frank. As investors look beyond short term turbulence in the markets, the resilience of the BTR sector continues to inspire record volumes of capital seeking exposure to this unique asset class.

The initial signs are that Covid-19 hasn't had a material impact on delivery of these new homes. However, the impact of recent events is being felt in other ways. The importance of well-being, wellness and social value for residents living in BTR schemes, for example, has been an even greater focus during lockdown, says Knight Frank. 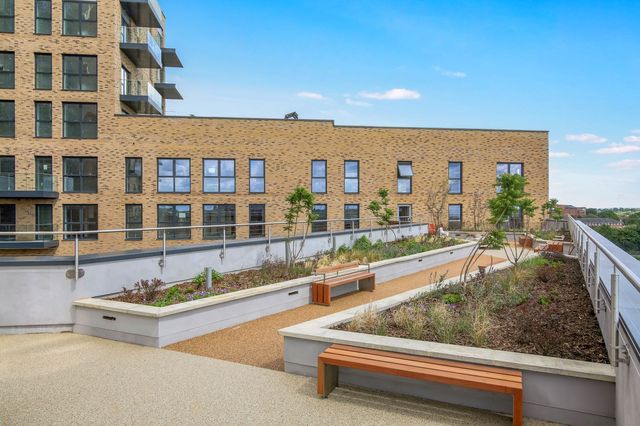