The demand for housing in the UK has reached its greatest level since 2004, according to leading market indicators - September housing report from NAEA Propertymark and new homes data from Knight Frank.

Commentators, such as the Property Reporter, suggest that continued evidence of pent up demand and heightened competitive market activity have contributed significantly to this rise. Buyers, both domestic and international, are actively pursuing opportunities to secure investments with new applicant volumes up 60 per cent in October 2020 compared to 2019, according to Knight Frank.

This was also reflected in NAEA PropertyMark’s report, which showed that the number of prospective buyers registered per estate agent branch increased by 33 per cent from 396 in August, to 525 in September - the highest number since June 2004 when it was 581. Moreover, the number of sales agreed per branch rose by 75 per cent year-on-year, surpassing the September 2019 figure of eight.

Almost a third of all new homes sales in London during the last three months were via Help to Buy, up from 15 per cent in the second quarter, according to Molior. Based on PropertyMark data, one-fifth of sales was to first-time buyers in September. Insights from investment firms facilitating international buyer activity in prime central London indicate that the anticipated 2 per cent surcharge due to take effect in April 2021, as well as an attractive sterling exchange rate, are driving sales. London Central Portfolio, for instance, reported that 22 per cent of purchases were completed with prime property remaining unseen.

As England enters its second lockdown the housing market remains open, marking a distinct shift from the first lockdown, and reflecting the primacy of the property market in the UK economy. Two prestigious London developments with high pedigree units due for completion are Greenview Court and Bronze, an exclusive development by Strawberry Star.

The exciting Greenview Court development is due to complete in by 2020 and features 111 apartments, landscaped with rooftop and courtyard gardens, on Merrick Road, Southall. The site is close to Southall Crossrail station, which is set to enable an 8-minute Crossrail journey to Heathrow airport and a 24-minute ride to the City of London. Set against a vibrant local community culture, the stylish new apartments are well-positioned to capitalise on London’s unique fundamentals.

The multiple award-winning Bronze development, with views over 55-acre King George’s Park, is a major part of Wandsworth’s multi-million-pound regeneration scheme and offers brand homes across three towers. Bronze features a residents-only roof terrace, a beautifully designed children’s play area, and 24-hour security - including a daytime concierge. Almost all the apartments have their own generous balconies. And, on top of lush communal gardens, Bronze is also close to Grade II-listed Wandsworth Park.

Knight Frank data pointing to a 60% jump in new applicant volumes in October this year compared with the same month the previous year and a 30% increase in offers made on new homes over the same period. Demand has – like the wider market - been supported by the stamp duty holiday, but it has also received a further boost from the impending deadline for Help to Buy completions under the current criteria early next year. 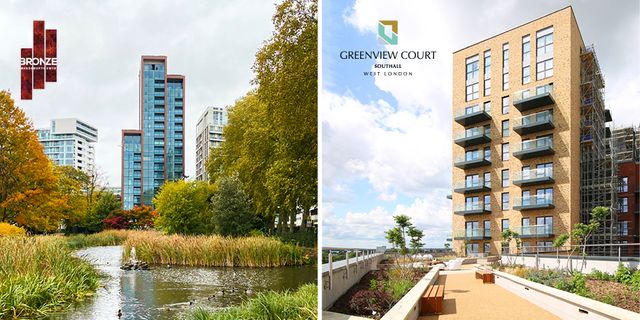