A pronounced shift in property market buyer preferences has given rise to a boom in interest in London commuter towns. This in turn has boosted both values and transactions in suburban areas as looming government incentive deadlines approach. The Stamp Duty Land Tax (SLDT) and Help-to-Buy (HTB) scheme March 2021 end dates offer significant discounts to those seeking home moves, or first-time buyers (FTBs), to areas with green outdoor space and home offices.

One of the most popular investment structures driving Buy-to-Let (BTL) landlords has been limited companies, which serve to enhance tax savings. As city living loses its appeal, suburbs with excellent transport links that house developments incorporating premium specifications are greatly growing in popularity.

Research by Trussle, the highly-rated UK mortgage broker, recently found most FTBs now prefer suburban locations relative to the city. This is a trend which has been exacerbated by the pandemic given the combination of higher house prices in urban locations, as well as a desire for rural amenities. Whilst only 29 per cent of FTBs planned to buy in the city, over 53 per cent planned to do so in a suburb, with over 65 per cent citing the cost of getting on the housing ladder as a limiting factor. The research found that the average budget for a FTB home was £174,266; so with London flat’s averaging £558,686 according to Rightmove, these buyers are drawn to commuter towns such as Luton and Harlow.

Investors and landlords have been galvanised by tremendous capital, rental yield, and tax savings growth. Average rental rates hit a record high in England, at £725 a month in December 2020, according to the latest ONS data. Economists in a new Reuters poll anticipate that the Bank of England will hold the base rate at its record low 0.1 per cent until at least 2024. With lower mortgage rates, in theory, these investors have the resources to allocate. Given prime regional markets averaged price growth of 3.6 per cent in 2020, it is no wonder commuter town investment growth is outpacing Prime Central London.

Despite the allure of wider career prospects and higher salaries in major cities, an overwhelming 71 per cent of first time buyers are now planning to buy in towns, suburbs and rural locations. In contrast, the survey of 2,000 first time buyers carried out by Trussle, found that just 29 per cent aspire to purchase their first home in a city. This level of interest in city living from first time buyers is remarkably low, as the UK has previously had a high rate of urbanisation and the country’s urban population sits far above the worldwide average. 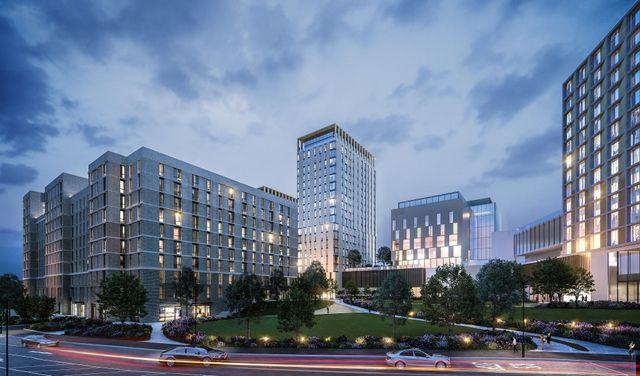