A recent nationwide surge in mortgage availability, as well as lower supply of new build homes throughout 2020, has catapulted new build value growth at far greater rates than existing bricks and mortar. According to Moneyfacts data, there are approximately 200 mortgage products servicing the 90 per cent LTV market. Initiatives like the Help-To-Buy scheme, which is restricted to new builds and responsible for around four in 10 new homes sold, enabled a third of new build completions to be sold off-plan in 2020. Given supply constraints, with the construction of new build homes down 23 per cent annually in 2020, this has given rise to extraordinary growth in new build property prices.

Since 2015, new build property has outpaced the regular market with 27 per cent price growth up to £302,927 average value, relative to 20 per cent growth in the rest of the housing market over the same period. With supply levels reaching an eight year low in 2020, new flats are now 50 per cent more likely to be sold off-plan than houses, whilst 52 per cent of new homes completed in London last year were sold off-plan, according to Hamptons research. Lenders continue to carefully tread the line between optimising for volume and market share whilst concurrently taking risk and service into consideration. With interest rates at an all-time low, the macroeconomic improvements being observed across the UK economy are stimulating fierce mortgage rate competition. This is indicative of a positive long term property market outlook.

There was a slight increase in the home ownership rate in 2020, to 64.6 per cent from 63.8 per cent in 2019, the Ministry of Housing, Communities & Local Government (MHCLG) English Housing Survey found. First time buyers searching for value have been drawn particularly to commuter belt locations such as Luton and Harlow. Given renewed access to a selection of 10 per cent deposit options, one trend guiding purchases outlined in a recent Knight Frank survey is that 43 per cent are now less willing to commute for up to 60 minutes, and 56 per cent less willing to commute for up to 90 minutes post-pandemic.

Further, the pandemic has not had an impact on the ability of 67 per cent of respondents to assist family members with a home purchase. With gardens, balconies, home office, outdoor space and high-speed broadband being the most important attributes buyers are looking for now, new build commuter belt homes, in areas such as Luton and Harlow, are well placed to service this burgeoning market.

According to our survey, the latest lockdown appears to have reinforced trends that emerged after the market reopened last May, with the search for space, more greenery and the ability to work from home remaining at the forefront of people’s minds, Knight Frank said in its report. 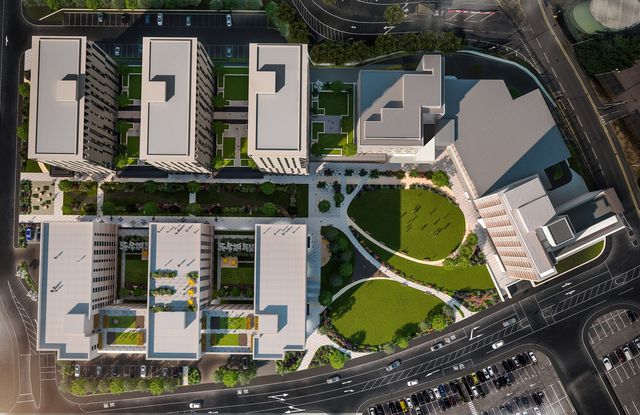