British construction industry has fully adapted to Covid-19 related challenges and emerged with marked increases in output, workload, and employment. Buoyed by a 58 per cent increase in contract awards in April, relative to March, this recovery is evenly balanced across the residential, commercial and civil infrastructural sectors.

Construction contract awards worth £9.1bn were allocated in April 2021, according to the latest Economic & Construction Market Review from Barbour ABI - the contracts awarded were the highest since January 2020. A key growth of these contract awards was the residential sector, which rose significantly to £2.5bn in April, up from £2.0bn in March. New-build demand especially increased by 9 per cent compared to the same period in 2020, according to data from BuildScan.

IHS Markit/CIPS UK Construction PMI Total Activity Index output volumes indicate a rise in overall new orders, the  fastest since September 2014. As such, the latest survey by The Royal Institution of Chartered Surveyor (RICS) catalogued the largest increase in workload for five years, with members expecting profit margins to increase for the first time since 2019.

Industry adjustments to Covid-19 protocols have exceeded productivity expectations with the RICS survey indicating a minimal impact of 5 per cent given measures, such as social distancing, introduced last year. Workload balances were elevated from +2 in Q4 2020 to +26 by the end of Q1 2021, its highest level since Q1 2016. This led to the quickest rate of employment growth since Q4 2015, according to a Recruitment and Employment Confederation report.

Modernisation, digitisation and sustainability related planning reforms were amongst 31 legislative bills proposed in the latest Queen’s Speech. These were widely welcomed by the property sector in enabling the government’s vision of delivering 300,000 homes a year by the mid 2020s. With the Bank of England predicting recently that the UK economy will grow the most since World War 2 this year, the construction sector’s strongest growth phase for six-and-a-half years is poised to contribute significantly to that rebound.

Modernising the UK's time-honoured planning laws was never going to be easy, but the idea of a "dynamic, flexible and digitalised system" is an exciting prospect. "It will be a balancing act to boost housing supply without compromising on design, community, and ecology, whilst also ensuring it fits with the government’s ‘Building Better Building Beautiful’ ethos too" Santhosh Gowda, Chairman of Strawberry Star 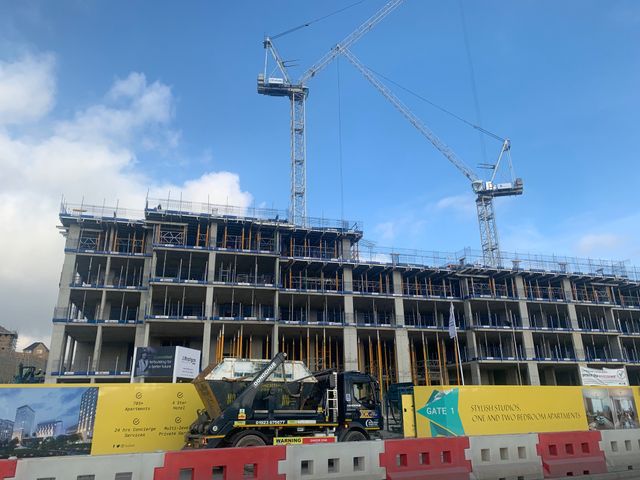