The UK capital is unique in its combination of world class infrastructure, leading educational institutes, best-in-class amenities, as well as historically significant architectural prowess. As a global financial epicentre - with robust legal, structural, and institutional systems - London attracts significant wealth as reflected in the longstanding and continued growth of the prime and super prime residential property sector.

London’s super prime property transactions rose 44 per cent in the first three months of 2021, relative to the previous quarter, according to a Benham and Reeves estate agent report. The market for £10 million-plus housing shrugged off international travel restrictions to record 45 deals equivalent to £817.4 million in value, according to Land Registry figures; 21 percent more than the previous half year which totalled 43 transactions worth £677.9 million.

Burgeoning domestic demand, fuelled by a demand for space accompanied by the perception of stability in safe investment assets relative to volatile equities markets, has spurred exceptional performance even through the pandemic. With overseas demand set to return, Knight Frank data indicates a 150 per cent uplift in prospective buyers was evident in May 2021 relative to January 2020. This trend bodes well for the capital’s global appeal, particularly given shortages in housing supply at this top end of the market.

Whilst average super-prime prices increased 0.6 per cent over the year to May, prime central London prices also grew 0.3 per cent, both for the first time in years. Further, annual price growth in prime outer London increased to 3.1 per cent in May, the strongest rate of growth since before the EU referendum in 2016. Knight Frank research indicates that purchasing power actively seeking prime and super-prime property in London has grown 54 percent, relative to the five year average, with in excess of £36.8 billion ready to be deployed.

The growing economy, successful vaccination programme, and easing of lockdown are key aspects to this accelerating flurry of activity marked by rising transaction volumes. New domestic and international demand for luxury assets is also being seen from existing homeowners in pursuit of extra living and green space particularly.

There are signs of returning market health, with an average sold price of £13.4m in Q1 of 2021 bringing a 9% lift quarter to quarter. 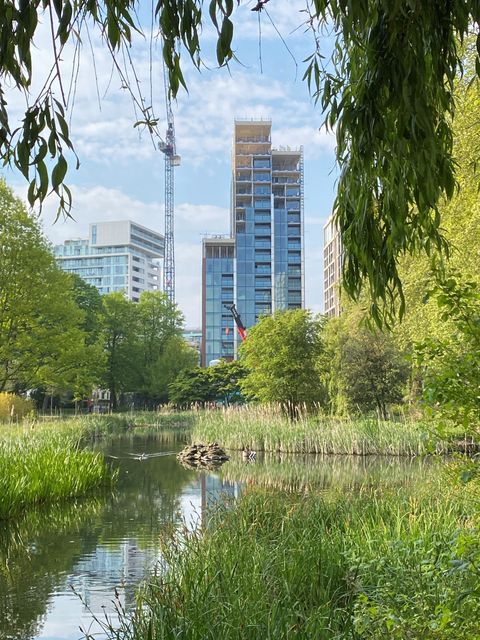