Despite the end of the tapering period for the stamp duty holiday and concerns over new variants of Covid-19, investments into the UK property market have remained on a consistent growth trajectory. Demand for housing exceeds the supply available which is putting upwards pressure on pricing of new homes as well homes from the secondary market. Support measures such as furlough have protected jobs and enabled significant savings which, had a knock on effect in rising mortgage figures.

The Bank of England indicated that for the first time ever the UK topped 1.5 trillion in mortgage debt. The bank’s latest mortgage lending figures show that this  is a reflection of the value of national housing inventory rising from £5.76 trillion to £6.72 trillion in the last twelve months. As a result, private property wealth reached a new peak of £4.78 trillion as for every £1 of housing leverage there was over £3 of equity value.

Further, a survey of global property buyers by Knight Frank indicates that 64 per cent of homeowners expect the value of their primary residence to increase in the next twelve months. The most recent RICS market survey echoes this sentiment with a net balance of +23 per cent of respondents foreseeing price climbs in the next year, and +66 per cent maintaining a firmly expansionary view with respect to tenant and buyer demand.

There is still a substantial appetite to move home in the market with the reopening of cities, offices, and cultural amenities. A  client survey by Savills weighted to the higher end of the real estate market. It indicates that a net balance of +16 per cent of potential movers have greater conviction around moving in the next 24 months. Meanwhile, 20 per cent of Knight Frank survey respondents are considering relocating in the next 12 months.

Mainstream house prices rose by 0.7 per cent in August, according to the Halifax price index, bringing their measure of annual UK house price growth  to 7.1 per cent. Zoopla indicates that London is a key focal point with buyer demand in the capital up 14 per cent month over month resulting in a 25 per cent increase in housing demand and a 6 per cent rise in demand for flats.

For Americans, London’s is a huge draw. However, another spur is the Biden administration’s budget framework, unveiled in the spring. Under these wide-ranging proposals, the wealthy would face higher capital gains, and inheritance taxes, plus other reforms to current laws. These plans are encouraging some affluent Americans to contemplate spending time outside the USA. 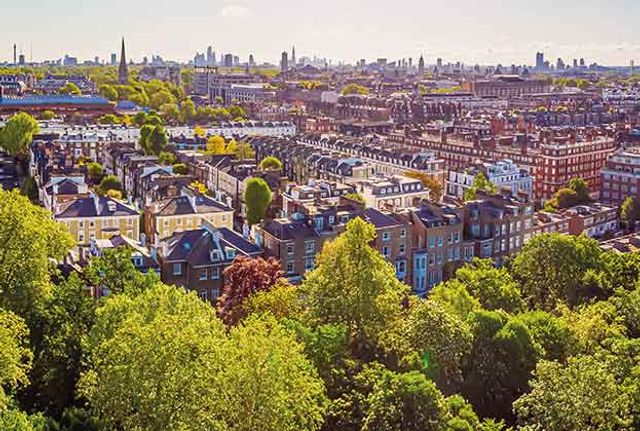