Annual rental growth skyrocketed after one of the strongest quarters in the last decade across the UK. Commuter belt areas, suburban locations, and prime tenancies all experienced uplifts as landlords seek to recoup reductions made during the pandemic. The buy-to-let market is increasingly adopting professionalism to respond to this growing demand. A shift in tenant attitudes and property preferences is enabling greater diversity of inventory to attract lettings interest.

The annual rate of rental growth reached 8 per cent in September, according to Hamptons research, this was the third fastest annual growth rate of 2021. Meanwhile, Savills data shows that rental prices in London rose by 2.9 per cent in the third quarter of 2021, the steepest incline since March 2011. Moreover, prime central London locations earned 3.6 per cent increases in rental income, buoyed by the return of students and international tenants.

This was driven further by a paucity of supply, which is slowly being alleviated by residential property developers, buy-to-let investors and the conversion of short term let stock into long term let inventory. A key indicator of housing supply is the number of market valuation appraisals, Knight Frank research indicates there was a 25 per cent drop in such appraisals from January to September 2021.

Given the fiscal incentives on offer such as the stamp duty holiday, and weak lettings demand during the course of the pandemic period, many landlords opted to sell their properties. Those that remain are streamlining operations by placing their property portfolios into company structures. Hamptons data shows 10,388 BTL incorporations were registered in London alone between January and August 2021 over double the 2018 figure for the same period.

Build-to-rent property listings trebled in the past five years, catapulted by regional rental growth in the South of England especially. Average annual rental increases on a new home of 14.8, 14.7, and 10.8 per cent were experienced in the South West, South East and East of England respectively in September, according to market reports. Meanwhile, prime commuter belt rents increased 6.8 per cent with renters anticipating ongoing flexible working practices.

In Outer London, rents grew 3.2 per cent annually in September, rising for the 13th consecutive month.  This kept Greater London rents overall in positive territory, up 1.8 per cent year-on-year. 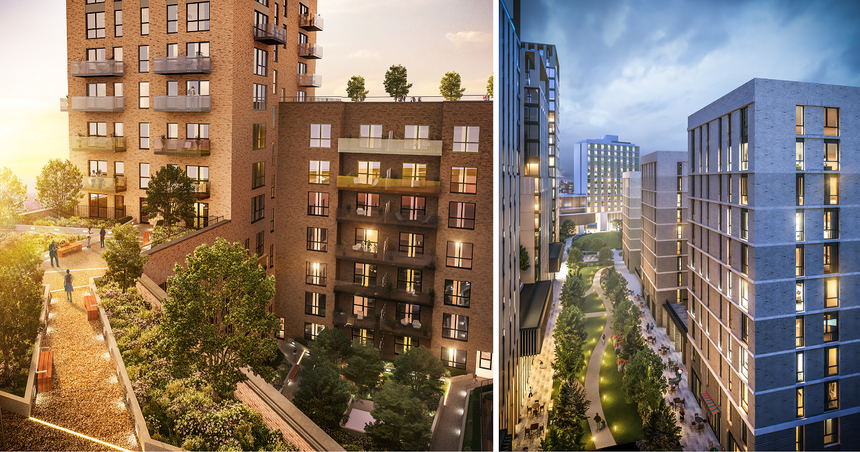